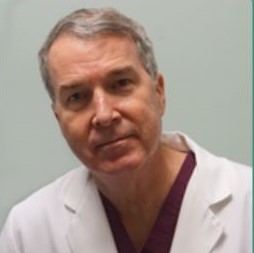 John Maher entered medical school with a case of nearsightedness. Although he originally intended to study internal medicine, after being fitted for glasses—and later for contact lenses—he was filled with fascination for the human eye. He took a part time job in the ophthalmology clinic, introducing him to what he came to see as the most fascinating and beautiful part of the human body.